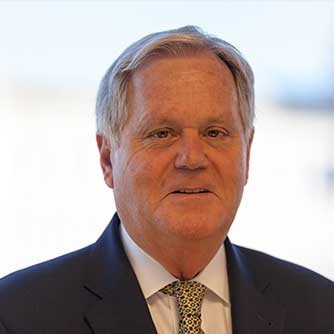 David Bockorny
Executive Chairman and CEO, Bockorny Group, Inc. Washington DC
The Morning After: Analysis of Super Tuesday Results and What It Means for November

Mr. Bockorny is the Executive Chairman and CEO of the Bockorny Group, Inc., a leading bipartisan government affairs consulting firm in Washington, D.C. He has been a principal in the firm since shortly after its inception. As such, under his direction and leadership, the firm has built an outstanding reputation for its “results driven” and individualized client services.

During his tenure in leading and managing a diverse group of senior Washington professionals, Mr. Bockorny also has been recognized for his own broad and deep relationships with senior GOP Members of the United States Senate and House of Representatives. He has served as a senior political advisor, financial supporter and key Republican strategist since his days in the Reagan White House and throughout every Congressional session over the past two decades. He is known as a trusted confidant of GOP Administrations;Leadership; and rank-in-file Republican Members of Congress and senior staff.

Mr. Bockorny is recognized for his abilities to successfully understand and meld the complicated world of Washington politics and policy with the strategic needs of diverse Fortune 50 level U.S. business leaders.CEO’s of publicly traded companies, prominent trade association leaders and the most highly successful high wealth entrepreneurs have come to know Mr. Bockorny and his track record of delivering positive results under the most difficult and pressure packed situations.

A life-long South Dakotan, Mr. Bockorny brings a “Midwestern” approach to his efforts in Washington, D.C. Under his direction, the Bockorny Group has become known for exemplifying the highest ethical and professional standards and practices. In addition to building a national and international practice, Bockorny is honored to represent numerous leading corporate and public sector clients in his home state.